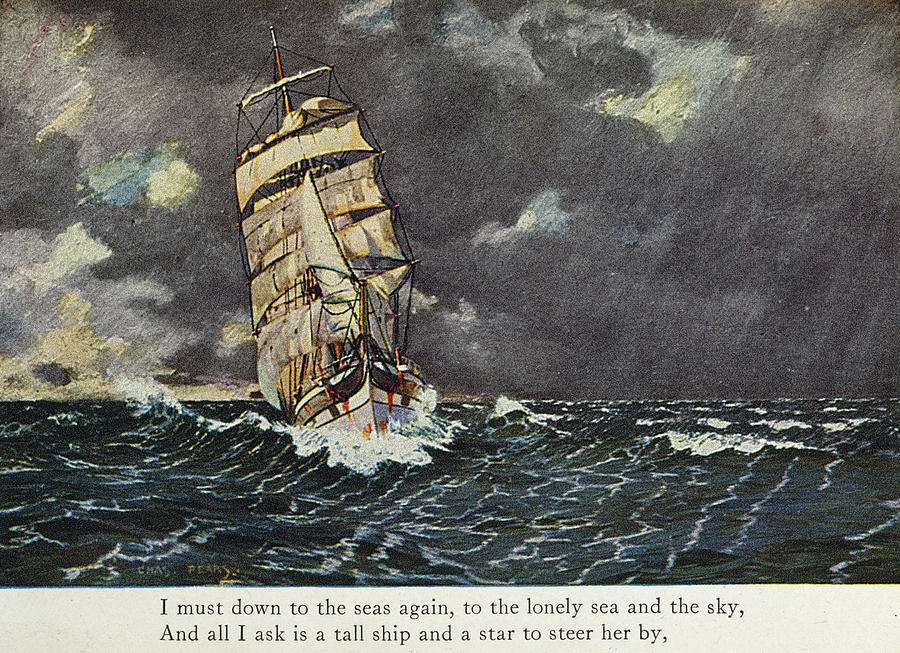 Through the use of vivid descriptions and strong images of the sea, Masefield helps the reader to understand why the speaker must return to the sea. Masefield adds figures of speech such as, personification, to bring detailed descriptions of the ship and sea to the reader. In addition to personification, Masefield uses several similes and metaphors that increase the effectiveness of the already strong imagery. Through the use of figures of speech such as personification, simile and metaphor, the poem is enhanced by further development of the theme and the imagery.

From the intensity of the speakers feelings, two themes are created that complement each other. First, a theme of longing for freedom and an adventurous ocean is developed. Although not the only theme, it is very recognizable and easily found after the initial reading of the poem. This hunger for life is also seen through references to the freedom of a sea gull and a whale in line ten. Equally important, Masefield uses strong metaphors to create a theme of life resembling a sea voyage. The speaker is implying that life is a long sea journey and is requesting a peaceful afterlife. Equally important, the dynamic imagery is seen practically on each line throughout the poem.

Masefield uses personification and similes to add vivid details of the wind, ship and sea. I was so fortunate. Looking for a Masefield poem that speaks of 'the lame, the blind, the halt, the maimed". BIG mistake I must down to the seas again, NB: not -I must 'go ' down to the seas again! Poems are the property of their respective owners. All information has been reproduced here for educational and informational purposes to benefit site visitors, and is provided at no charge John Masefield. Explore Poets GO! Best Poem Of John Masefield. Sea Fever I must go down to the seas again, to the lonely sea and the sky, And all I ask is a tall ship and a star to steer her by, And the wheel's kick and the wind's song and the white sail's shaking, And a gray mist on the sea's face, and a grey dawn breaking.